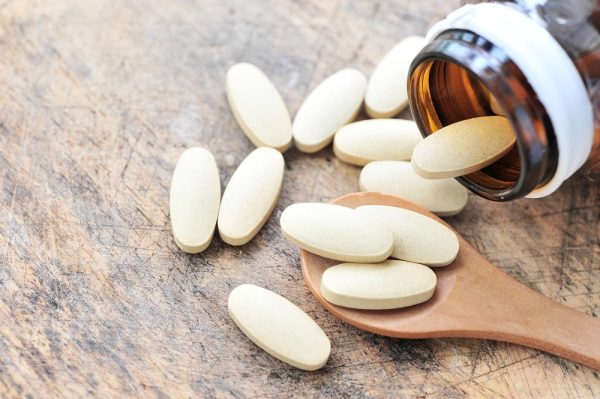 Millions of people take nutritional supplements nowadays, and millions more are joining the club year after year. From vitamins, to fish oil, to herbal formulations; there are endless types and uses for over-the-counter supplements.

A particularly popular type of nutritional supplements are those used to enhance aspects of physical and/or mental health. Cognitive enhancement supplements, also referred to as nootropics, are in increasing demand by students and professionals as a means of boosting mental performance.

Nootropics include a wide range of substances; both natural and synthetic ones. Caffeine, for example, is a natural nootropic that boosts alertness and other cognitive functions. Caffeine is commonly used in combination with L-theanine; an amino acid found in green tea. The two make a synergistic nootropic combination that studies found may improve cognitive performance during mentally demanding tasks.

On the synthetic side, there are numerous nootropic compounds that are used to enhance attention, alertness, memory, and other cognitive abilities. These include prescription-only medications, like the “study drug” Adderall, as well as non-prescription compounds, like adrafinil.

Much like caffeine, adrafinil is mainly used to boost vigilance, alertness and energy. Let us discuss this compound in a bit more detail.

In 1974, two French scientists were researching analgesics (pain relief drugs), when they noticed that one of the compounds they were testing, which would later be known as adrafinil, displayed stimulant action in lab animals.

This led to extensive testing to see if similar effects could be achieved in humans, and indeed, adrafinil was found to increase wakefulness and alertness in people with certain sleep-related disorders.

By the mid-1980s, it was concluded that some sleep disorders, including narcolepsy, could be improved using adrafinil and the product became popular in France as a treatment option for patients suffering from daytime sleepiness and fatigue.

Besides France, only a few other countries approved adrafinil as a medical treatment, while in the United States and many other countries, it never gained the status of an approved medication.

Since adrafinil is not classified as a prescription-only nor a scheduled substance in most countries, anyone could legally purchase it over-the-counter, and given its potent stimulant effect, it quickly became one of the top choices for a nootropic supplement.

However, adrafinil is not exactly a dietary supplement since it is a synthetic chemical. But this didn’t stop supplement manufacturers from marketing it as a nootropic product intended to boost cognitive function, energy and productivity.

Consumers in the U.S. and elsewhere resort to online vendors to buy nontraditional nootropics that aren’t usually found in local stores. A post by Morris on Health lists a few U.S.-based vendors of adrafinil that offer it in either capsule or powder form at a cost of roughly 20-30 dollars for a month’s supply.

The primary benefit of adrafinil is that it stimulates the central nervous system resulting in a boost in vigilance and reduction in sleepiness and fatigue.

There have been other suggested benefits, such as improvement in mood, memory, cognitive function, motivation, etc. However, there is very little clinical evidence to substantiate these benefits.

Most of the studies on adrafinil are quite dated and limited. It has only been proven beneficial for older people who suffer from narcolepsy and other sleep problems. Its effects in healthy people have not been scientifically studied, and most of the suggested benefits are based on anecdotes.

This substance is well-tolerated and the available studies have not noted any concerning health risks or adverse effects associated with its use. Some mild side effects have been reported by some users, including nausea, dizziness, dry mouth, and agitation.

Some experts recommend against prolonged use of adrafinil, because since it is metabolized in the liver, prolonged use can potentially cause damage to the liver. This claim has not been clinically evaluated, but as a general precaution, it is not recommended to take adrafinil for more than a couple of months without consulting with a doctor.

This is obviously not like a vitamin supplement you’d take on a daily basis, but rather it may be useful in times when you need to stay wakeful for a long period of time or when you’re feeling sleepy and tired as a result of lack of sleep.