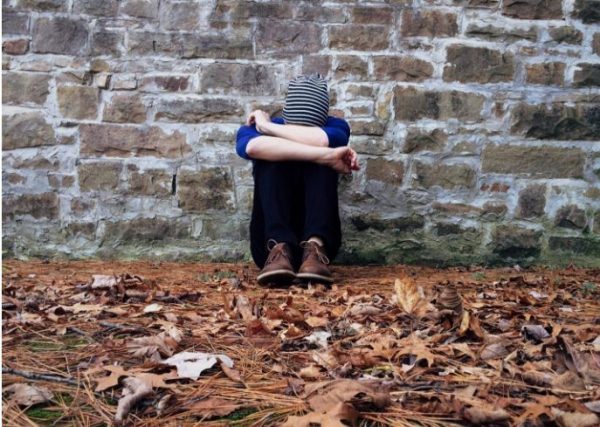 Can a victim of infidelity ever trust again? We caught up with Loveawake.com founder and online dating expert Alex Wise, who explores romance after cheating.

Three years after discovering her husband with another woman, that mantra still rules Lisa’s dating life. The 46-year-old Vermont artist recalls ruefully, “Ed had pulled the wool over my eyes so successfully — I’d thought he was the world’s only monogamous guy! — that I’m petrified to be played again. So petrified that if a date goes down the block for cigarettes, the second he gets back I’m ready to accuse him of having a secret assignation with another woman. Not surprisingly, my dates don’t hang around too long.”

While Lisa’s behavior is understandable, it certainly puts a crimp in her goal of finding love again. According to California-based marriage and family therapist Stacy Kaiser, “The most important thing to remember is that not every man is the man who hurt you. Everyone deserves to be treated as his own person.”

True. But for a mature, accomplished woman who’d believed she had a good grasp of the way the world operated, being cheated on can elicit the feeling that her sense of judgment is holier than Swiss cheese. Thus, she sees potential betrayal lurking in every corner.

“You become a little more hardened. You’re not the same person,” explains Sheila, 42. “After someone betrays your trust so brutally, you no longer take things at face value. Your innocence is gone.” Today, the New York banker is ensconced in a new relationship — but it was a long, rutted road to her present happiness.

Learn to Trust Again After Infidelity

After crying mountains of tears, throwing truckloads of pillows at the walls (a crucial step — it’s important to discharge anger in a way that won’t net you a criminal record), and basking in the support of loving friends and family, try to understand why your partner betrayed you. “This doesn’t mean liking his motives or agreeing with them,” assures Terri Orbuch, PhD, Detroit’s “Love Doctor” (www.detroitlovedr.com) and creator of the 3-CD audio set, Relationship CPR: Passion, Trust, and Conflict. Orbuch continues, “Understanding his perspective helps you let go of the emotions connected to the betrayal, emotions that are keeping you from moving on.”

An even more difficult task is to look at your possible role in his actions. Danine Manette survived relationships with not one but two cheating men — the latter, her husband. The 40-year-old Californian and author of the book Ultimate Betrayal (www.ultimatebetrayal.com) admits, “I went from the immaturity of young love to marriage with a man who had glaring character flaws — including unfinished business with his ex. But I thought I could change him, so I married him.” Four years and one child later, Danine’s husband committed adultery with his ex.

Danine left instantly, taking their son. Time and a lot of therapy helped her realize that while her ex-husband Keith bore the brunt of the culpability, she hadn’t been 100 percent blameless. “I asked myself how I could have ended up in this situation a second time. Sure, I was older and wanted kids, so I overlooked signs that were obvious. But I also came to realize that feeling unloved as a child led me to not treat Keith with as much love and positive attention as he needed.”

Another mistake she’d made was rushing into the marriage so soon after her first breakup. It’s wiser to take time to mourn and assess before jumping back out there. Then, once you’re ready, meet a lot of people. When you finally start zeroing in on a relationship candidate, listen to Danine’s hard-won wisdom: “Look for signs that he’s a cheating risk before the first orgasm.”

Once you’re hooked, it’s tempting to rationalize red flags. Examine the facts honestly: How did his past relationships end? (Beware of the “She didn’t understand me” line.) Does he truly like and respect women? Does he take the moral high road, or do small lies roll off his tongue? Is it acceptable for his buddy to cheat on his girlfriend? Kaiser says, “Probably 95 percent of women who were cheated on, in hindsight, saw signs that the guy wasn’t trustworthy. Pay attention to your intuition.”

If you still find yourself doubting someone who’s passed your intuition test, and who’s time-after-time proven himself to be a standup guy, share your feelings and their origin. Honest communication is a great way to begin defusing unjustified fears that your new partner is untrustworthy.

Two years after her divorce, Danine remarried. “Between relationships it’s so important to take the time to get to a place where you can let go of past hurts and be open to someone new.” In her case, the someone new is also someone old: her ex-husband. “During our time apart, Keith had really examined himself and become the man he’d always hoped he could be. We communicate differently. We can talk about what went wrong and how far we’ve come. Instead of putting a band-aid on the old marriage, we created a new one.”

But does she trust him? “I’m not going to stand on a podium and shout, ‘I know my husband isn’t cheating.’ I can’t control what Keith does, but yes, I do trust him.”

Keith wasn’t the only person she had to learn to trust again. Unlike Lisa, the Vermont artist who is still seized with anxiety when a date leaves her sight for five minutes, Danine has renewed faith in the judgment of the person whose opinion matters most: herself.