Whether you’ve been considering getting something like the Suorin Air Vape as an introduction to vaping, or you’ve just been talking to your friends who have been vaping for a while, you probably know one thing – vaping is being recommended left and right as a healthier alternative to smoking. And then comes the burning question, why? What’s the difference between smoking and vaping that makes vaping healthier?

The Difference is in the Ingredients

The main reason why vaping is healthier is the difference between what cigarettes and e-cigarettes are made of. Regular tobacco cigarettes have around 7,000 chemicals, and many of them are toxic. The main one and the one that causes the most harm is nicotine. This substance has been known to slow down brain development, in fetuses, children, and teens, which is why cigarettes are bad in general, but especially for those age groups.

Cigarettes are made from dried tobacco leaves, and afterward, other substances are added in order to add a bit of flavor and make smoking a slightly more pleasant experience. The resulting smoke is a rather complex mixture of chemicals, and at least 70 of them are known carcinogens, which means they can cause cancer. Do take this with a grain of salt, though. 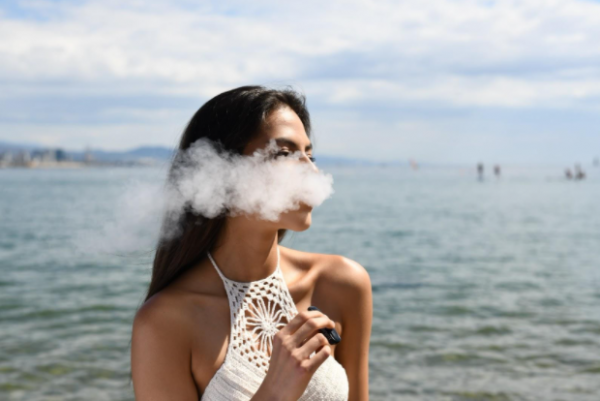 To add to this, the tobacco leaves that are used to make cigarettes and cigars also have some radioactive materials, such as polonium-210. These come from the soil and the fertilizer that’s used to grow those leaves, so the amount that’s found in the actual tobacco may very well vary.

Now, let’s make one thing clear, e-cigarettes don’t magically remove all those chemicals. However, they do remove many of them, and there’s direct control over what’s in the liquid you’re vaping. If you don’t like the ingredients or the flavor, you can just go ahead and use a different vaping liquid, and that’s it.

The main ingredient is, unfortunately, nicotine, which is why it’s usually recommended that if you don’t smoke anything at the moment, it’s best if you don’t even start. This is a harmful substance in general, which is why you’ll come across some liquids that don’t contain nicotine. And here’s a tricky situation.

If you’re coming from regular cigarettes, and are trying to go to a healthier alternative, a nicotine-free liquid won’t cut it. It will probably lack the punch you’re used to, and you won’t be enjoying vaping as much as you did smoking. On the other hand, if you’re not a smoker and you’re just starting out with vaping, it’s usually better if you go for a nicotine-free liquid. Of course, this does depend on you, but if you’re after the ‘safe’ pick in terms of your health, that’s the way to go.

Why is Vaping Better?

Now that you know why it’s healthier, let’s take a look at why vaping is better. The first thing you’ll probably notice when you move over to vaping is the lack of odor once you’re done. Cigarettes are notorious for smelling really bad, but that’s not the case with a vape device. And to make things even better, not only do you not smell of tobacco, but you can even smell the aroma that’s in the vape juice you’re using, which can be lovely. 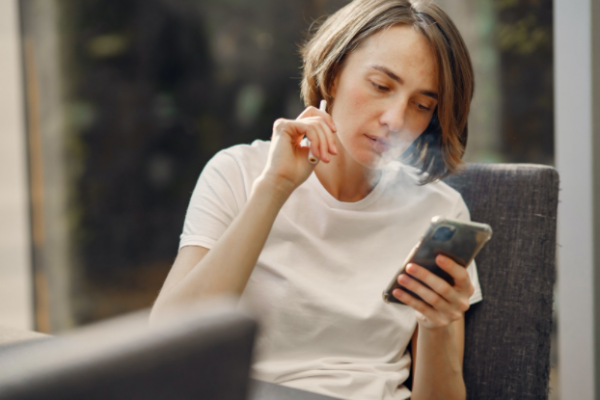 While talking smells, we also must mention the flavors, too. There is a virtually infinite number of options when you’re talking flavors, and new ones are being created all the time. We’re talking deserts, fruit, foods, beverages, menthol – you name it. And while this isn’t something we would recommend if you aren’t absolutely sure you know what you’re doing, you can even try mixing your own flavors. Stay off adding funny ingredients, though.

Then, even though this is still a health-related thing, you have complete control over how much nicotine you get in your body. The liquids you can get are usually available in a variety of strengths, some of which have zero nicotine (the ones we mentioned earlier), while others have more than a cigarette. This is why a lot of cigarette smokers, when moving to vape, go for higher nicotine contents, only to gradually reduce that every once in a while, with the end goal being no nicotine.

Last but not least, in some markets vaping is cheaper than smoking cigarettes. You’ll get your vape once, and then it’s all about getting liquids and maintenance, which isn’t all that expensive. One thing to keep in mind, though, is that if you require a stronger punch, you’ll probably be spending a bit more, but that’s something that’s a personal preference. To add to this, you can get both liquid and vape starter kits that vary in price, so there is something for everyone’s pocket. Want to save a bit? Start off with a cheaper kit. Want to go all out? There are premium models out there, too. It’s all up to you.