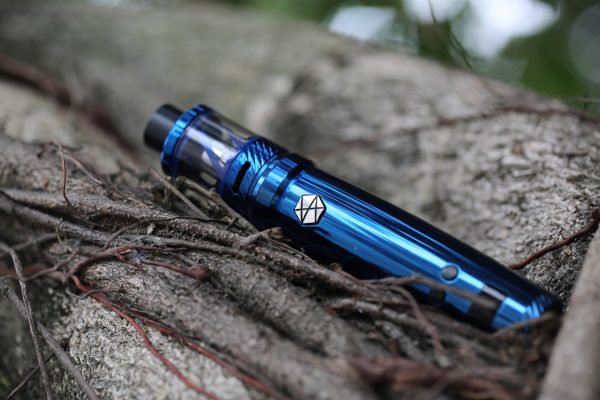 Vaping has become an incredible phenomenon worldwide, with an estimated 41 million former adult smokers around the world now using e-cigarettes as replacements for tobacco cigarettes. If you’re a smoker, it’s extremely likely that you know many former smokers who now vape – but if you’re reading this, it means that you haven’t yet made the decision to switch yourself. So, should you switch from smoking to vaping? For virtually all smokers, the answer is “yes” if you are unable or unwilling to discontinue nicotine use. In almost every possible area, vaping is a significant upgrade compared to smoking. That isn’t to say, though, that vaping has absolutely no drawbacks. It’s time for a balanced look at e-cigarettes. These are the pros and cons of vaping in 2019.

Vaping Is Less Expensive Than Smoking

In the United States, the average price for a pack of cigarettes is more than $5.00 as of 2019 – and in some areas, prices are far higher. In New York, for example, the yearly expense of smoking is now approaching $5,000. That’s a car payment! Vaping, in comparison, is drastically less expensive. When you vape, nicotine e-liquid called vape juice is the main consumable item that you use. It’s possible to buy large bottles of e-liquid for just over $10, and a bottle can last several days. The savings that you’ll experience over the course of a year can be enormous.

Vaping Is Better for Your Self Esteem

If you’ve been smoking for a while, you’ve learned the hard way that smoking can be absolutely terrible for your self-esteem. You’re probably washing your hands after each smoke break at work and dousing yourself in perfume or cologne to try to control the smell, but you still know that everyone knows you smoke, and you wonder if they think less of you for it. At home, it’s the same thing. When you have visitors, you probably use an oil diffuser, light a candle or spray your rooms with air freshener to make things more pleasant. You know, though, that nonsmokers can still smell the smoke residue regardless of what you use to cover up the scent. Vaping, on the other hand, leaves no lingering odor on your clothes, hair or skin. It doesn’t make your home or car smell. You will find that switching to vaping leads to a noticeable improvement in your confidence around others.

One of the worst aspects of being a smoker is the fact that, if you smoke around people who don’t use tobacco, you know that what you’re doing is harming their health. According to the Centers for Disease Control and Prevention, secondhand smoke exposure kills 41,000 Americans annually. That’s a heartbreaking fact that’s easily preventable by simply not smoking around others. It isn’t known whether secondhand exposure to e-cigarette vapor has any long-term health effects. It is known, however, that e-cigarette vapor contains no smoke and no tar. Although it’s still wise to avoid vaping around those who do not smoke or vape, vaping seems like the better option if doing it around other people is unavoidable.

Vaping May Be Safer Than Smoking

The National Health System of the United Kingdom estimates that vaping may be as much as 95 percent less harmful than smoking. That doesn’t mean that you can consider vaping safe or harmless in absolute terms. The safest way to consume nicotine is by not consuming it at all, and the safest thing to inhale is plain air. Vaping is an alternative to smoking for those who have been unable or unwilling to quit by any other means. If you have tried to quit smoking with traditional nicotine replacement therapy and failed to do so – or you simply don’t want to quit but are willing to consider an option that might be less harmful – you are exactly the type of person who should think about switching to vaping. It is important to remember, though, that any potential long-term effects of vaping – if any – are still unknown. Although many experts believe that vaping could reduce the risk of developing the diseases traditionally associated with smoking, the risk of developing those diseases could still be greater than zero. In addition, it is possible that vaping could present some other health risk that isn’t yet known.

When people initially make the switch from smoking to vaping, one of the first things that they often do is grab a bottle of e-liquid with “Tobacco” on the label. If you do that, you should know up front that you might be disappointed by the flavor of your first vape. Vape juice doesn’t contain tobacco, and it doesn’t burn like tobacco. Therefore, it isn’t going to taste like a cigarette. The best tobacco e-liquid does have a certain complexity that’s very reminiscent of tobacco, but the best e-liquid doesn’t try to taste like cigarettes at all. E-liquid makers use food-grade flavorings when creating their products, and they can create vape juices that taste like almost anything you can imagine. An e-cigarette can’t taste like a tobacco cigarette, but it can taste like a bowl of fruity cereal, a handful of candy, a vanilla milkshake or a glazed doughnut. Cigarettes can’t taste like any of those things.

Vaping Has an Uncertain Regulatory Future

The most important thing that you should know about the pros and cons of vaping in 2019 is that vaping faces an uncertain regulatory future in the United States. E-cigarettes are considered tobacco products by the U.S. government, and as such, vaping products fall under the regulatory authority of the FDA. The FDA plans to require all vaping product manufacturers to submit extremely costly applications for their products by May 2020 or face the potential removal of those products from the market. Because those applications are so expensive to put together, it is possible that many vape juice makers will go out of business by the 2020 deadline.