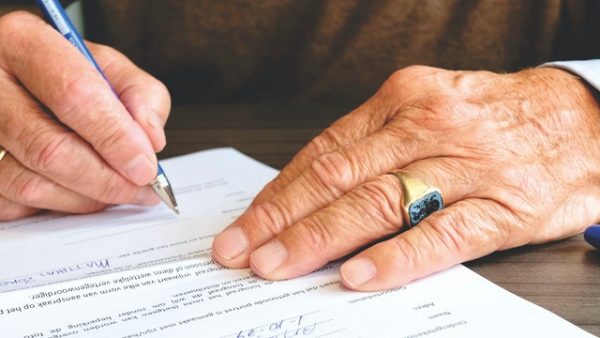 What do you really know about workers’ compensation? Don’t wait until you’re injured to learn about this coverage. Click here to learn more.

In 2018, an estimated 2.8 million work injuries and illnesses occurred in the US private sector. More than 900,000 cases of injured or ill workers also had to miss at least a day of work that year.

There’s a lot more to workers’ comp than just being a legal requirement, though. We’ve detailed some of the most crucial facts about it that you need to know below, so be sure to read on.

The Benefits Employees Get From Workers’ Compensation Coverage

Workers’ compensation helps pay for the treatment of employees who get injured or ill on the job. It also helps pay for hospital and other medical costs that arise from a work-related hazard.

Aside from medical benefits, workers’ comp provides compensation for lost income. It also pays death benefits to the family of a worker who dies due to a work-related injury or illness.

The keyword here is “work-related,” so, as long as the injury or illness is due to a job, then workers’ comp should kick in.

The goal of workers’ comp is to provide employees prompt access to healthcare. It enables workers to receive adequate treatment for occupational injuries or illnesses. In this way, they don’t have to pursue their employer for compensation.

Did you know that the average US company faces at least 37 different lawsuits? 90% of the nation’s corporations also deal with some form of litigation at any given time. Many of these are due to legal liabilities.

With workers’ compensation insurance, though, employers have one less liability to worry about. That’s because it also protects them from lawsuits that workers may file against them.

This happens when employees accept a workers’ comp policy. In doing so, workers also waive some of their rights to sue their employers.

There’s Only One State Where Workers’ Comp Isn’t Mandatory

Texas is the only state that doesn’t require employers to get workers’ compensation. Despite that, the Lone Star State still recommends businesses to purchase the coverage. Again, that’s because, without it, their workers are free to file lawsuits against them.

Indeed, businesses that forego workers’ compensation can face expensive litigation costs. In the small business sector, such expenses amount to over $100 billion each year.

In states where workers’ comp is mandatory, employers who go without it are at risk of lawsuits. They won’t only be liable to pay for the costs of treating injured or ill workers. Their employees can also sue them for not carrying workers’ comp in the first place.

Workers’ Comp Covers About 90% of US Employees

A 2020 Congress report showed that 140 million US employees had workers’ comp in 2017. These covered workers consist of both private and government workers. Despite not being mandatory in Texas, Texan workers are part of the count.

Note as well that in 2017, the US workforce consisted of 153 million employees. Doing the math, that makes workers’ comp available to an estimated 90% of the US labor force.

Very few states have workers’ comp laws that cover job-related mental illnesses. The limited coverage often applies to stress, anxiety, depression, and PTSD. In some states, PTSD is the only type of mental illness covered by workers’ comp.

One example is California, where workers’ comp covers a select group of workers with PTSD. These include first responders, cops, and firefighters. Prior to 2020, only first responders received these benefits.

In Oregon, however, workers’ compensation covers any mental disorder. These illnesses classify as compensable under the workers’ comp law. They can be purely psychological and doesn’t require a physical injury to qualify for a claim.

Other states, like Delaware, Illinois, and Iowa, also cover mental illnesses. As with Oregon, these states don’t require the mental illness to have a physical cause. Even if they’re purely psychological, workers can file a compensation claim.

Workers’ Comp Covers Injuries or Illnesses Outside of the Workplace

Workers’ compensation only provides coverage for job-related injuries or illnesses. However, the injury or illness itself could’ve occurred outside of the actual workplace. Still, the incident should have taken place while the employee was working.

Suppose that you got into a car accident while on the way to meet company clients. The meeting itself had something to do with your job and not a personal affair. Since you’re “on the job” when you got injured, you can file a workers’ comp claim.

Another example is if you tripped and fell during a mandatory corporate event. Even if the accident didn’t occur within the workplace, it’s still a work-related injury. That’s because you were doing something that your employer required you to.

There’s a Deadline for Filing a Work Incident Report

You have two deadlines to keep in mind when it comes to work-related incidents. One is for notifying your immediate supervisor that you got injured or ill due to a work accident.

Just like with any other law, states also have varying incident reporting deadlines.

The best way to avoid missing this deadline is to file a report as soon as you can. If you can’t get to a phone, ask a loved one or a colleague to let your immediate supervisor know.

The Other Deadline: Filing the Workers’ Comp Claim Itself

The second deadline is the statute of limitations for the workers’ comp claim itself. It places a restriction on the length of time a worker has to file a claim. This is different from the deadline for reporting a work injury or illness.

Most states enforce a statute of limitations ranging from one to two years. However, in Vermont and West Virginia, workers only have up to six months to file a claim.

Also, note that when exactly the clock starts ticking depends on your state laws too. In most cases, however, the count starts from the day itself that the incident occurred. For work-related illnesses, the count begins on the day that a doctor diagnosed the worker.

It’s vital that you know how long you have for filing a workers’ comp claim. That’s because missing this deadline can invalidate your claim altogether. If this happens, you may no longer be eligible to receive any benefit.

Workers’ Comp Claims Get Denied Too

In fact, the denial rate for workers’ comp claims rose by 7% from 2013 to 2017. Although many of these were valid rejections, more were for bonafide claims. As such, two in three of the denied claims ended up getting paid for anyway.

Still, this doesn’t mean that your employer (or their insurer) won’t fight your case. A lot of employers and insurance carriers do that, and in many cases, they can be due to a failure on the workers’ end. Missing reporting deadlines, for instance, can be grounds for rejection.

In other cases, not following claims protocols can also result in a claim getting denied. For example, in some states, workers must see a specific doctor for job injuries or illnesses. So, if they see a different doctor, the worker’s comp’ insurance carrier may also reject their claim.

Under-Recording and Under-Reporting Are Common

Under-recording and under-reporting of work injuries and illnesses are widespread in the US. So much so that some estimates put the rate at between 20% and 70% of cases.

Under-recording of claims can occur if an employer fails to record an injury or illness. In some cases, the employer did record the incidents but chose to omit some details about them.

Under-reporting, by contrast, is the act of entering inaccurate details on reports. It’s more common to “downplay” the number of injuries that occur at a job site. Some employers may also underreport incidents by making them appear less severe.

Know and Protect Your Rights as a Hardworking Employee

There you have it, some of the most crucial facts you need to know about workers’ compensation. Now that you know it’s mandatory except in Texas, be sure that your employer has purchased it for you. Otherwise, it’s your every right to sue your non-compliant employer.

Just make sure that you don’t miss your reporting deadlines! This way, your employer and their insurer will have fewer reasons to deny your claim.

Looking for more informative and comprehensive guides like this? Feel free to check out as many of our other posts as you want then! Don’t forget to follow us on social media while you’re at it.