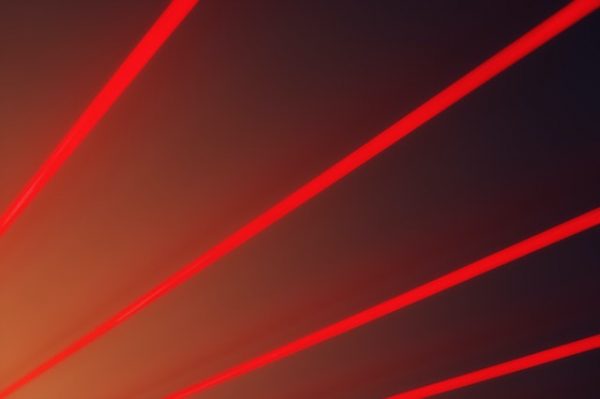 Laser pointers have become quite common and we often see them used by the people to point something from a distance, especially during the presentations. It is not expensive to buy and serves a number of advantages. But when the beam of these laser pointers is targeted on the human eye, many people believe that it can harm their eyes. This is the reason why they become concerned when the laser is pointed to their naked eyes. But do they really cause harm to our eyes when projected to our eyes for some seconds?

When a laser is targeted on your naked eyes, you may come across a situation called flash blindness. It is a condition of visual impairment when a bright source of light strikes your naked eye. This visual impairment can be temporary as well as permanent. We may have experienced slight flash blindness when we look at a bright light in the dark surroundings. But after some minutes of eyecare, you are back with your normal vision. But this can lead to a serious accident when you are performing an activity where you require continuous attention. A major example of the same is flash blindness during driving. Also in aviation, the pilots often experience flash blindness when a person has pointed a laser at the cockpit.

But when a person comes across flash blindness for a number of times, it can not only damage their retina but also can cause permanent damage to their eyes. Therefore, if the tissues present at the retina are damaged, then it can cause loss to weakness on vision.

Lasers are used in a number of products since it has a vast domain of applications. In each of such product, there is a label stating the level of danger associated with that laser. The lasers which are not that strong and the ones used in the toys are considered under type 1. They have a minimal output of around 0.4 milliwatts which is not enough to cause harm to a human eye. Type 2 and type 3 which have an output of 1 to 5 milliwatts are likely to cause harm to the retina even if it is pointed less than 10 seconds. Other lasers that are strictly prohibited for domestic use and have a greater output can cause permanent loss of vision.

Even if the lasers used in the toys can not cause harm, but still one must take caution for the same. Pointing type 2 laser on a naked eye can cause flash blindness for a short period of time and can also be a reason for an accident. Therefore, these types of lasers, as well as the other powerful ones, should be kept free from the reach of children. They must be taken out only when required. The use of other powerful lasers should only be done under the supervision of experts since it is extremely dangerous.