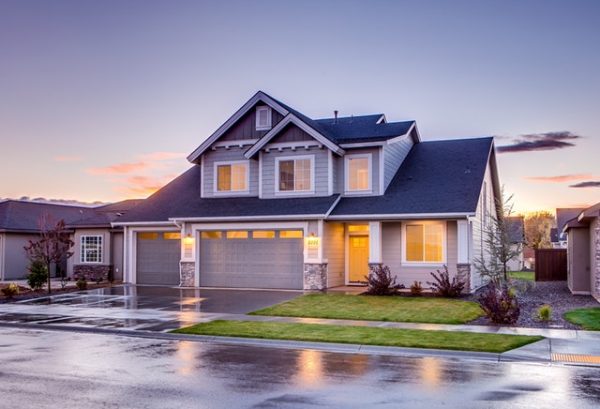 Coming out the other end of the DG Institute Real Estate Rescue program, all I can say is that it was more information than I expected, more valuable than I dreamed, and more life-changing than Dominique Grubisa sold it to be.

I suppose that I was initially attracted to Dominique Grubisa and the Real Estate Rescue idea when I was looking for ways to make a better income. I had heard good things about the strategy, and going into the webinar, I was pretty open-minded at first.

But, and I’ll be honest here, I was unconvinced for the first little bit. Although I’d consider myself to be reasonably familiar with real estate (not an expert, mind you, but I’m no dummy), I started to get overwhelmed with the terms being bandied about. Negative equity. Stressed liquidations. Filing court documents. And on top of that, I get shown all these graphs and charts. At first, I’m like, ‘I can’t do this! I have no skills in real estate, dealing with lawyers, or selling property!’ But then I started to see the sense of the program.

The idea is that although Dominique has this incredible knowledge and background in the legal field and real estate, she’s not trying to make me understand everything that she knows. She’s actually condensing everything into a package that even someone like me can work out. As I said, I’m no dummy, but if I can work it out, I know that anybody could.

Real Estate Rescue: Is It Real?

What I loved was that even in the webinar, I’m already learning new things. I’m writing furiously, scribbling as fast as I could so I don’t miss anything. And that’s where I really started to get sold on the Real Estate Rescue strategy. Dominique wasn’t just selling and promising stuff, she was actually going through the ACTUAL different sales like Takeover deals and Wholesale deals. If someone like her can already give away all that for free, what else does she have that I need to know? Even in the webinar, my top three takeaways were:

I think the turning point for me, when I knew this was real and not some fluff piece, was when Dominique broke down the actual figures from her deals, showing how the takeover, the wholesale, and the short sale deals all worked out in practical terms. I could see, there on the screen, how the numbers broke down, and how each deal gave value to every part of the process. Buyers, banks, and me. Once I saw all the testimonials from pretty normal Australians, I knew that if they could do it, I could do it. It wasn’t even that Dominique had a history of helping others succeed. It was just that so many people had put this to the test and found that it worked for them. It’s already been proven, and I love that this is not a new thing. I get the suspicions you probably have, I really do. But the real-life examples helped me through that.

Oh, I almost forgot! Dominique Grubisa was an actual real person! I know that sounds ridiculous to say, but when she said that she had experience in building up a portfolio, losing it all, and then learning from scratch all over again, I knew these weren’t just words. And once I went through the actual program, I saw just how real, transparent, and open Dominique is to helping me to get all the resources I need to go out and do it for myself. I know that some people think that if they pay the high price entry ticket(I know! I know! But believe me, it’s worth it!!), they think that the speaker is going to just deliver the bare minimum and walk away with the profit. But her true desire is to see me succeed. Her teaching style didn’t talk over my head. Everything was right on my level. Terms were clearly explained. I found everything she did to be extremely relatable and friendly. Also, even though the price was high, nearly everyone I talked to said that they were making that back and more on their very first deal.

For those who live interstate, it’s not really ideal to fly in for a few days, especially if you live far away. I thought it was kinda inconvenient, and I heard some gripes about it. But once the seminar began, the value of being in person with Dominique was incalculable. Not to mention that everyone got a chance to network with the other attendees, which I thought was an undersold feature. Maybe include this as a selling point in the future?

So, what’s next? I’ll be honest again. I’m an “info junkie”. I’m addicted to getting all the info, and I have this history of just filing it away for later and not doing anything with it. But having shelled out several thousand dollars (again, I know!), I feel a moral obligation to myself and all the hard work that Dominique Grubisa put into this Real Estate Rescue deal to follow through. My personal goals are to start going through the RP Data program, looking for those deals that pop up in my area (I have to start somewhere). I also want to start practicing talking to homeowners, developing a good pitch for offering takeover and wholesale deals. I get the sense that that’s going to be a big part of the picture.

Overall, I was EXTREMELY impressed with everything that I found. From Dominique Grubisa, her Real Estate Rescue Program, and the whole DG Institute supporting team, everyone was friendly, helpful, and answered the (thousand) questions I had. 11/10!

Seriously, the only regret I had was that it took so long to make up my mind to do it. Don’t make that same mistake. Get into it! You’ll never look back, I promise!