I think everybody has heard of Titanic, whether you have seen the movie, documentaries, read a book or just heard about it from friends or family, you know what the Titanic was and what happened. I am a homeschooling mom of 3, my 14 year old daughter has seen the movie and my younger children have just heard about it in passing conversation, but they never knew the whole story and I believe it is a story that everyone should know and there are some valuable lessons to be learned from the story. We have been working on a unit study about the Titanic and when we were given the opportunity to visit the Titanic Museum in Pigeon Forge, TN, we were ecstatic! 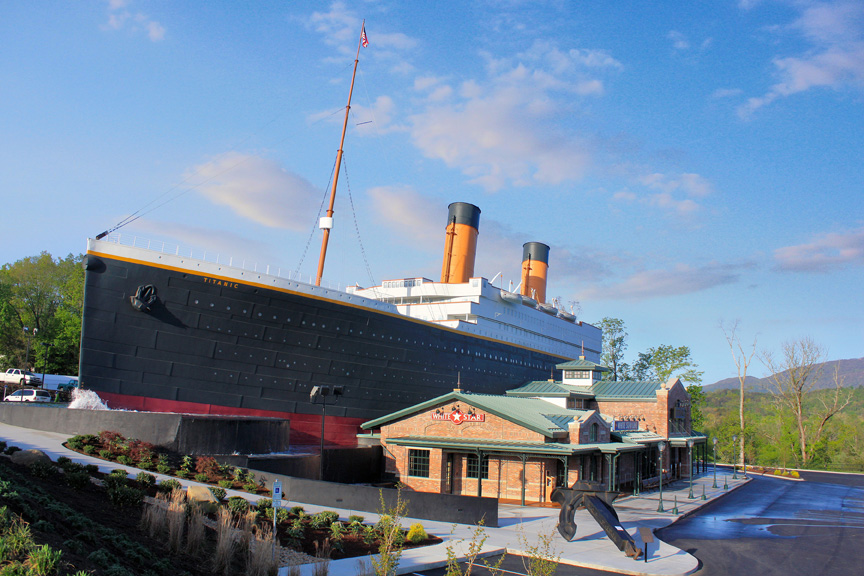 The first thing you notice when you arrive is just how large the attraction is. Standing on the ground beside it you get a true sense of just how large and majestic the Titanic was. At the start of the self guided tour each person is given a boarding pass that is representative of a real person that was on the Titanic with all of their details. Your boarding pass will tell you if you are a passenger or crew member, your age and where you currently reside or where you are headed to. This feature really adds to the whole experience because as you tour the Titanic you visit it through their eyes. I was a member of the crew, a stewardess age 50 from London, my husband was a 1st class passenger, age 65 from Washington D.C., my oldest daughter was a 4 year old 3rd class passenger from Slovenia, my next oldest daughter was a 2 year old 3rd class passenger headed to Pennsylvania and my youngest son was a 2nd class passenger, 3 years old who was taken on the Titanic by his father without his mother’s knowledge. Each of us getting to relive the trip through the eyes of actual passengers really added to the experience because as we know, passengers were treated differently based on whether or not they were crew, their age, gender and what what class of passenger they were.

After you are assigned your  “new identity” you are given an audio player to wear around your neck on a lanyard. As you make your way through the museum there are numbers at each station that you press on your audio player and it will give you information about what you are currently looking at. The children have their own set of numbers that they use which guides them through a scavenger hunt while the adults get stories and facts, some from actual survivors. This self-guided aspect of the tour is great. We all know what it is like to go on a guided tour especially with children and the struggle of trying to see everything while keeping up with the group, that stress is removed with the self guided tour.

As we toured the museum we got to see a 1st class stateroom, extravagant with a fireplace and high end furnishings all the way down to a 3rd class cabin which had 4 very small bunk beds, a sink and some of these cabins were occupied by up to 8 passengers, very hard to believe. 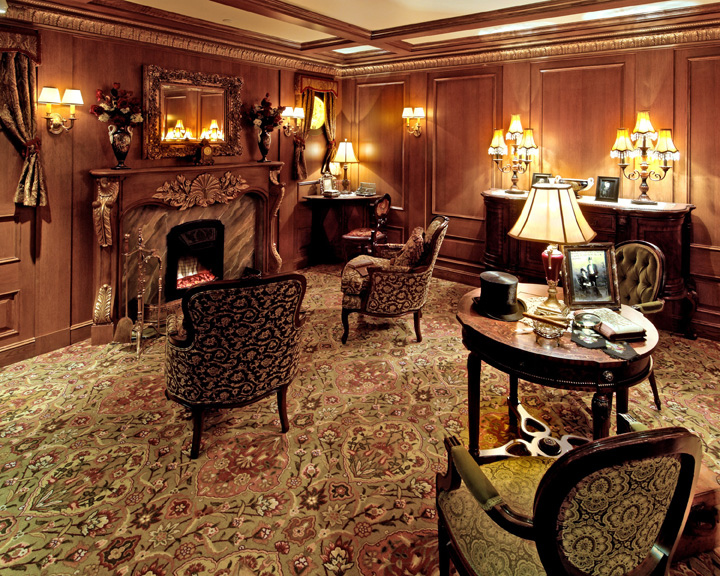 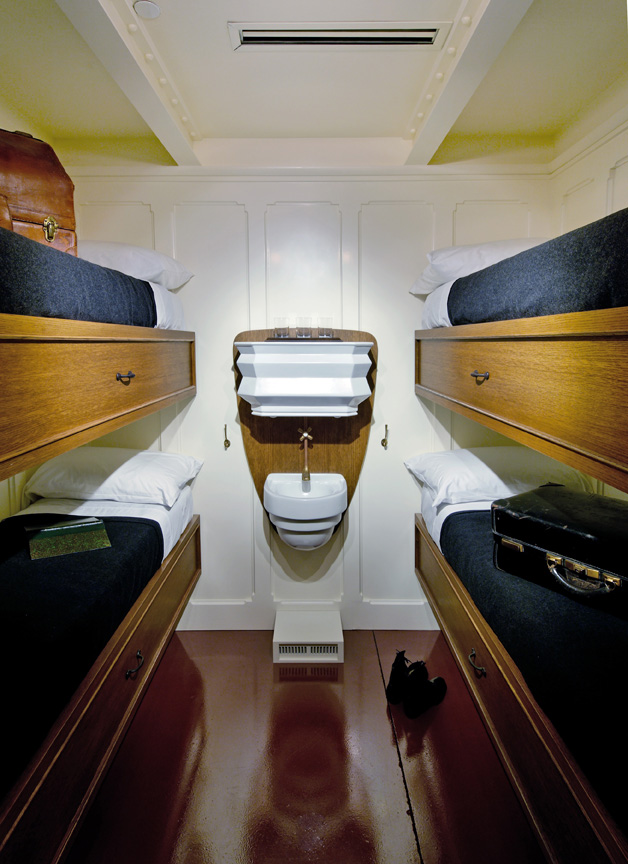 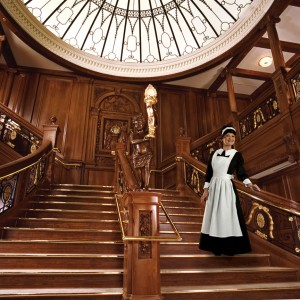 One thing you always hear about the Titanic is how beautiful the Grand Staircase was. The Titanic Museum includes a $1 million exact replica of the staircase and you get to walk up it on the tour. Being able to walk it and see all of the detail first hand really makes you understand how grand the Titanic was. The intricate woodwork created when power tools did not exist, crafted by hand by very skilled workers. Some other parts of the museum that our family really enjoyed was seeing and touching an iceberg and putting our hands in 28 degree water and knowing that is what the passengers of the Titanic faced. 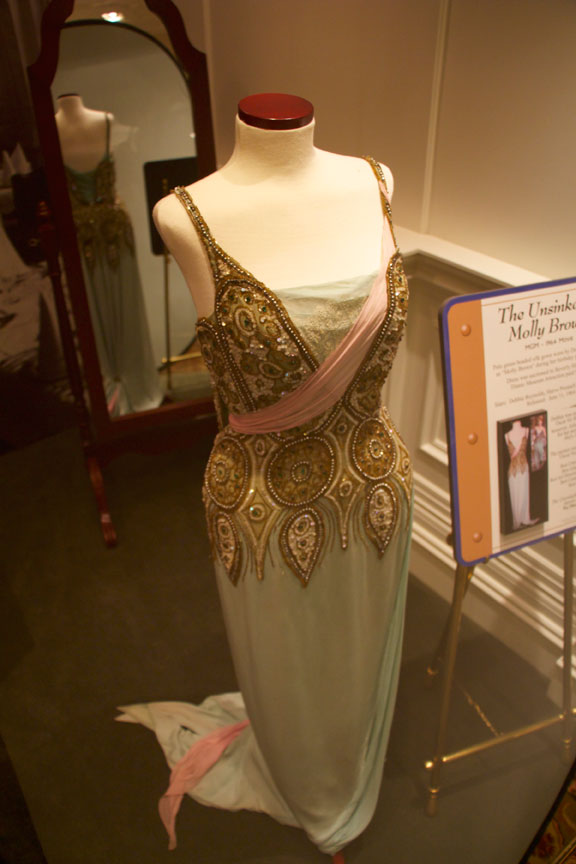 A new gallery just introduced is dedicated to The Unsinkable Molly Brown, one of the Titanic’s most famous passengers. was one of the first women in the United States to run for political office, and ran for the Senate eight years before women even had the right to vote. On July 25, 1914, with Alva Vanderbilt (Mrs O.H.P.) Belmont, she organized an international women’s rights conference at Marble House in Newport, Rhode Island, which was attended by human rights activists from around the world. after the Titanic struck an iceberg Molly was hard at work helping people into life boats and was eventually forced to board life boat number six. Once aboard the Carpathia ship that rescued Titanic survivors, Molly continued to help passengers and by the time Carpathia reached New York harbor, Margaret had helped establish the Survivor’s Committee, been elected as chair, and raised almost $10,000 for destitute survivors. 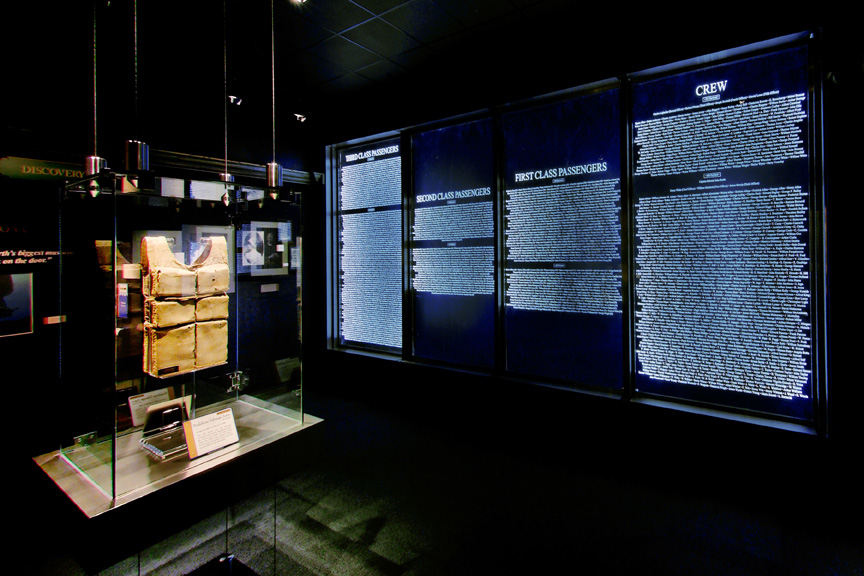 As the tour comes to an end you enter the Memorial Room. The names of every passenger of the Titanic is listed and we get to see those that survived and those that perished. We found out that all of the passengers that our family had been touring the Titanic as, with the exception of my husband survived. Although he was a 65 year old 1st class passenger, he most likely gave up his spot on the life boat. Also near the end of the tour is an exhibit devoted to the 133 children of the Titanic. Our children were able to see what became of the children that they had boarding passes for. How much longer did they live? Did they get married and have a family? These questions were answered. 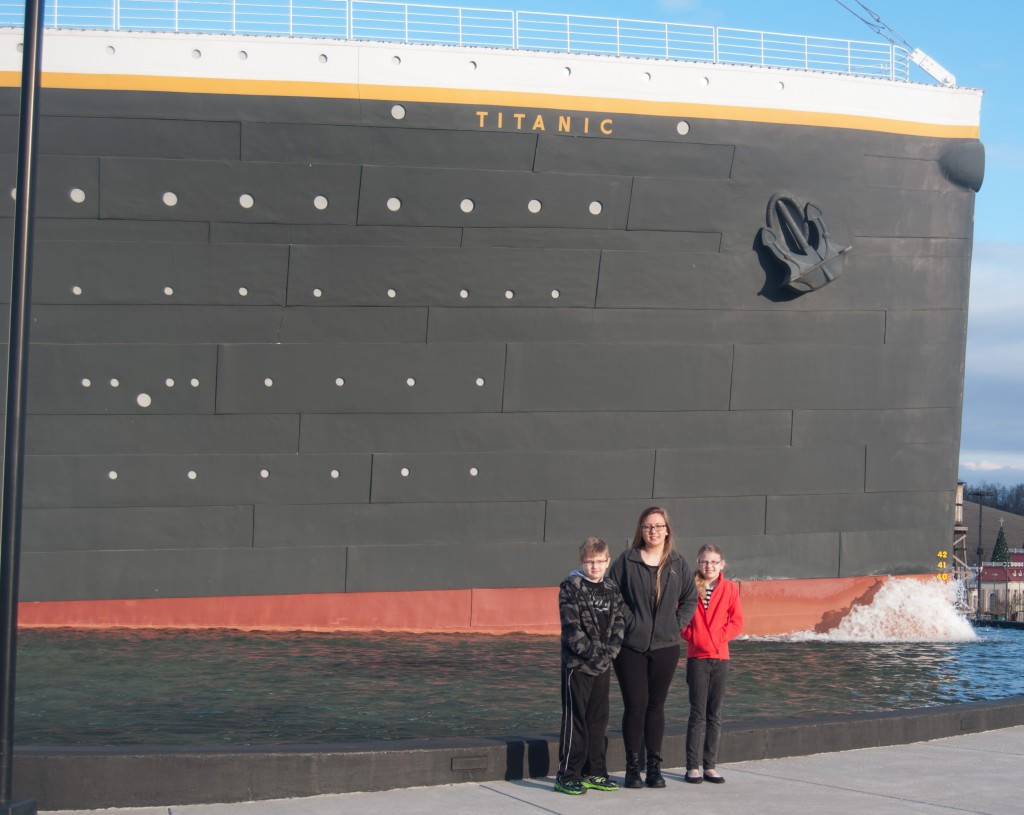 I highly encourage you to visit the Titanic Museum, my family thoroughly enjoyed it. If you are a homeschooling parent you can find many educational resources from the Titanic attraction website here.