This is Chris, husband of the “Queen” and I received a few Father’s Day gifts a little early this year from Tudor Games, Silverlit and Milen Products. 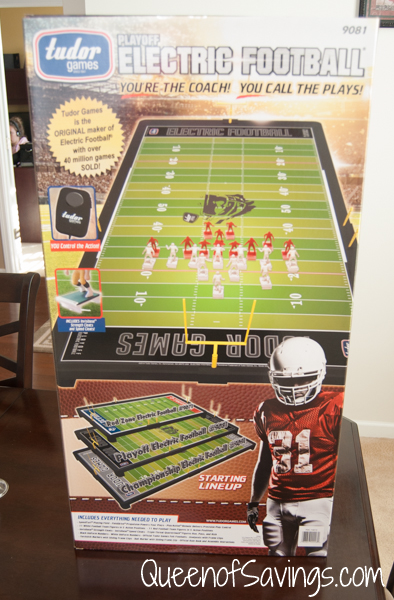 The first item we received to try out is the Electric Football from Tudor Games. I grew up playing a game very similar to this. My brother and I used to play it for hours. This game comes with two teams of 11 action figures with two different color sets of jersey numbers to apply to your players and help identify the different teams. The action figures are placed on a set of cleats, choose from either strength or speed cleats to customize which players move faster than others and which are more stable. The game is controlled by a vibration unit that is attached to the bottom of the game board/field. Players use a remote control to turn a knob that will vary the intensity of the vibration, in turn determining how  fast and wild the players move. If your husband loves football I guarantee he will love this game and may have even had one when he was a kid. 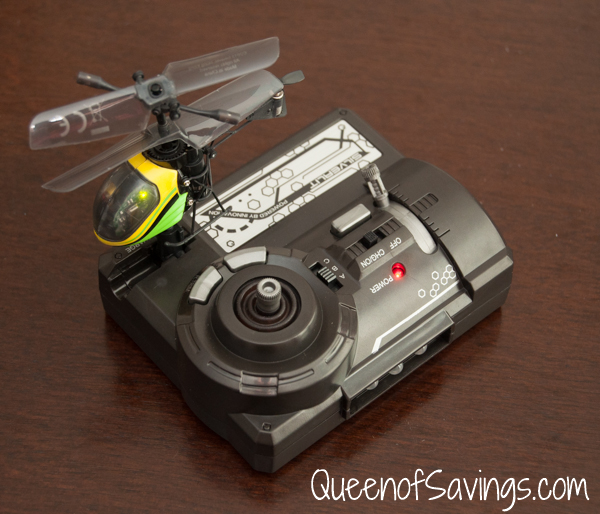 The next item we received is the Nano Falcon from Silverlit. This is the world’s smallest R/C Helicopter and is in the Guinness Book of World Records. It is less than 82 mm in size and weighs less than 11g. This R/C Helicopter has a 3 channel transmitter and a built in Gyro stabilizer to make flying easier. This helicopter does take some getting used to and do not let its size fool you. Most men love R/C cars, boats, helicopters and planes and this helicopter will not disappoint. The helicopter conveniently charges on a pedestal using the transmitter so the only batteries that are required are the 3 AA’s that operate the transmitter which also charges the helicopter. I did have a problem with my helicopter after flying it a few times, but I emailed Silverlit and they sent a replacement within a couple of days with no questions asked. Kudos to Silverlit! The Nano Falcon can be purchased directly from Silverlit here. 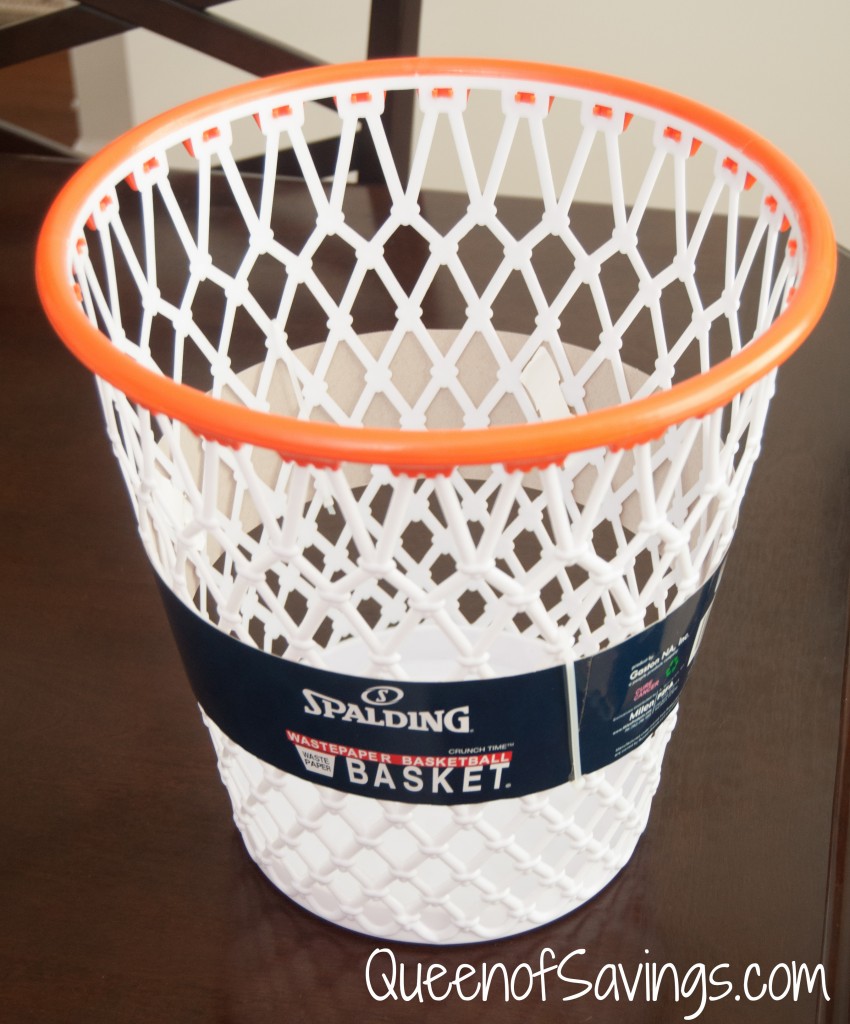 The final item we received is the Spalding Waste Paper Basket from Milen Products. This basket is plastic, durable and realistic looking, plus it can double as a gift basket, maybe throw a Nano Falcon Helicopter in it for a Father’s Day gift and is available with or without a scoreboard.  Try the 15/15/45 challenge,

Milen products can be purchased from nationwide retailers near you such as Kmart, Sears, Walmart and Toys ‘R Us.

How would you like to win all three of these awesome gifts for yourself or to give to that special man in your life? Enter to win the Father’s Day Prize Pack valued at over $150 here.