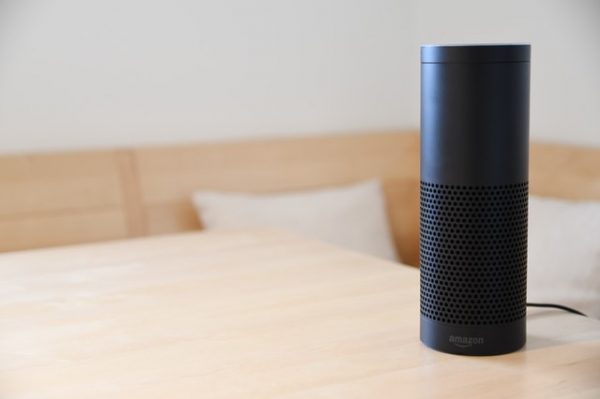 We are living in a smartphone era. At least half of the entire Earth’s population owns a smartphone, with at least 80% connected to the Internet almost every day. For at least an hour. Imagine that. With smartphones and apps, our collective lives have been changed for the better. It’s one of the most viable consumer techs nowadays, and Apple and Google, which are some of the biggest names in technology, have their money built on making smartphones.

The technology on smartphones truly changes every six months; that’s why all flagship smartphones are at least future proof for two years. Every year, original equipment manufacturers release a new version of their smartphones, and it’s become a tradition to one-up each other with these releases.

As the technology for every part of the smartphone improves, that’s hardware, software and technology on apps has also jumped leaps and bounds. Having a digital assistant living inside the phone is a necessity for all smartphones nowadays, and there is a barrage of assistants to choose from. In this article, we’ve collated some of the best ones to download:

Arguably the premier smartphone assistant, Google’s version of a digital assistant, wasn’t the first to come out, but with integration to the most used search engine in the world, the aptly named Google Assistant is the most powerful among the ones listed here. It can answer way more questions than the rest of the field and better understand context when and where it is needed.

Google Assistant is seamlessly connected to your Google suite of apps, so if you have a Gmail account, which is a necessity nowadays, Google Assistant will automatically integrate itself into it. You can download the app in both the App Store and Play Store, but the process is more complicated for newer Huawei devices.

There are many things you can do with the Google Assistant. You can ask basic questions like the weather, or the forecast in the next hour or so, pull out a recipe from the Internet and even ask real-time scores on an ongoing game. Functionality within the app is truly top-notch, and the process of how to disable Google Assistant, when you decide you have enough of it is easy-peasy.

Cortana is Microsoft’s in-house developed digital assistant. It’s the standard assistant across all Microsoft devices, but it can also be downloaded on both the App and Play Store. In its mobile form, the Microsoft-built digital assistant is a great alternative to Google Assistant, with an AI that’s up there with the best. The process of activating Cortana is through voice and type, but when you opt for the former, it can easily detect your voice when activated.

The standard “Hey, Cortana!” command is similar to Apple’s Siri, but that’s about the similarities. What sets Cortana apart is its excellent support. If you want to test it out on your phone,  you can do so by installing it and making it your default assistant for a week. Questions you can ask Cortana range from “Track my package” to “What is the meaning of life?” All in all, it’s a solid voice-activated AI digital assistant.

Siri is probably one of the most popular names for voice assistants. It’s the default and standard digital assistant on Apple-made devices. When it was first launched, Siri wasn’t the most intelligent, but several overhauls later, it can now compete with the best of the bests. Sadly for non-Apple devices, you can’t download Siri anywhere. It’s embedded on iOS itself, with MacOS and iPadOS having support as well.

The universal “Hey, Siri!” The command to activate voice assistants started with Siri, with the technology better integrated and developed on Google Assistant. Siri’s edge over the other digital assistants listed in here is its deep integration with any Apple device it is on. By activating the voice command, Siri will identify your voice and has the ability to only respond to you. Pretty neat, huh?

An emerging digital assistant that can be set up in any device, Amazon’s Alexa is pretty much toe-to-toe with Google Assistant and Siri in terms of features, support, and integration. You can set up Alexa to a smart speaker, and it will listen to your voice wherever you are in the house. It’s available to download on Amazon, Play Store, and App Store. Plus, you can streamline your desktop or gaming rig to be set up with Alexa as your main assistant.

Digital voice assistants not only makes your life better, but it also integrates your daily routine so that they can seamlessly help you have a great day. This convenience didn’t even exist ten years ago, and now, we are picking hairs on what digital assistant is better and more streamlined. That’s the power of technology. And in the next few years to come, expect that we will be making progress in this area of mobile computing as well.