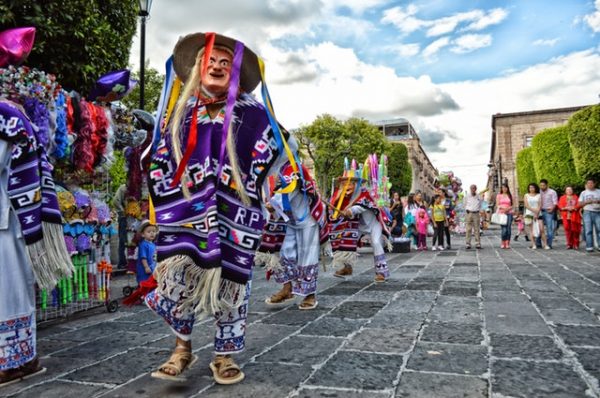 There are some types of food and drink that are so inextricably linked with a place that you have to go there if you want to taste it at its best. Cheese is popular all over the world, for example, but if you want the most flavorsome cheese in the world, most people would agree that you have to go to France. As another example, however much you enjoy a pint of Guinness stout, it tastes better in Dublin, Ireland – and that’s a scientific fact!

Today, we’re not talking about beer or wine. We’re talking about chili – and that must mean we’re also talking about Mexico! The connection between chili and Mexican culture is so well known around the world that it’s almost become a stereotype. Visit an online slots website and play a Mexican-themed online slots game like ‘Hot Chili’ (there’s a clue in the name) on websites like Amigo Slots, and you’ll find that spicy food is as synonymous with the country as tequila and sombreros. Online slots make for an apt metaphor, though, because if you head into Mexico not knowing where to look for the best chili, you’re taking a gamble with your culinary experience!

For the purposes of this list, we’re going to limit our search to Mexico City. That’s not because great chili doesn’t exist elsewhere in Mexico – we know it does – but Mexico City is the one place that we can be sure that the majority of people who visit the country on vacation will spend at least some of their time. Without further ado, here’s our selection of the best places in Mexico City to experience an authentic chili taste sensation!

La Opera is a traditional restaurant that’s famous for more than just its food. Famously, this is where the notorious Mexican revolutionary Pancho Villa once fired a bullet into the ceiling, and the hole is still there for you to look at while you’re eating! Although it’s well-presented for a traditional bar and restaurant, not much has changed here in terms of style since the venue first opened its doors during the 1870s – and we mean that as a compliment. The restaurant has a timeless style, and a timeless menu to go with it. You’ll find no ‘deconstructed’ classics here – just the classics the way that they were intended to be served. That means that chili is plentiful and impeccably well-cooked, but we’ve also only ever heard good things about the octopus, too.

We’ll start off this entry with a warning – Pujol is not a place to go if you’re traveling on a budget. This restaurant belongs to Enrique Olvera, who’s one of the finest cooks in the whole country. This is his pride and joy, and although you’ll pay for the luxury of eating here, you get your money’s worth. Fish are the order of the day at Pujol (although other options are available and are equally enjoyable), and there’s a special emphasis on the sauces, which are known as ‘moles.’ If you’re only going to visit the restaurant once, the seven-course tasting menu is the one to go with, although if you’re desperate to try the restaurant’s food and ambiance, you could make things a little cheaper by staying within the taco bar. Don’t worry – there’s plenty of chili to be found there, too!

We’re going to use two words to explain the unique appeal of Comedor Lucerna to you – chili lollies. While the idea of something so hot blended together with something so cold sounds like a culinary nightmare, the passion fruit and mango that the lollies are made with somehow makes the unlikely combination work like a dream. Comedor Lucerna is the place to come if you’re looking for somewhere with a fiesta atmosphere and a less serious approach to food. It opens late, it’s buzzing with people, and the menu is dominated by burgers, hot dogs, and seafood. Catch the venue on the right night, and you may even find that there’s a DJ or a live band on if that’s to your liking, and there’s plenty of chilled Mexican beer to put the fire in your mouth out after you’ve had your dessert.

We don’t think Nico still owns the restaurant that bears his name, and we base that assessment on the fact that it’s been standing in its spot in Claveria since 1957. We’re sure he’d be proud of the excellent eatery it’s turned into, though. If Comedor Lucerna is fast food, you can think of Nicos as slow food. It’s a very different menu, but it’s just as hot and just as exciting. The upmarket interior of the restaurant is slightly at odds with the somewhat shabby exterior, but once you’ve got past that, you’ll find that there’s no better place to enjoy classic and traditional Mexican food. If Mexico has a national dish, then it’s probably chiles en nogada, and nowhere does it better than Nicos. Once you’ve tasted the poblano chili, which comes with a minced meat stuffing and a coating of walnut source, you may swear off consuming chili any other way for the rest of your life.

You might accuse us of cheating with this, but in our eyes, if you really want to get in touch with Mexican chili in its most basic and enjoyable form, you have to go to the taquerias. You’ll find them dotted all over the streets in Mexico City offering their goods at bargain prices, and among them are some delectable delights that you simply won’t find on offer inside any of the restaurants. Virtually everything you could buy from a taqueria comes smothered in thick layers of sauce, and the vendors aren’t playing games with the chili heat. If they tell you something’s hot, they mean hot by Mexican standards. If you’re not an experienced chili eater, ask for something a little more moderate, and you’ll be a lot safer! The hole-in-the-wall taquerias tend to offer the best quality because they have better cooking facilities, and the best thing about them is you can travel between them, sampling appetizers until you find something you like.

We suspect we’ve already given you more restaurants and places to eat than you could fit into a single visit, so we’ll leave our list there for now. Happy eating – and remember that asking for milk to help put the fire out isn’t a sign of weakness!